What is Psychedelic Microdosing?

Psychedelic microdosing is a practice that involves taking sub-threshold and sub-perceptual doses of psychedelic drugs such as psilocybin or N, N-dimethyltryptamine (DMT) in the pursuit of improving well-being and productivity.

Psychedelic microdosing is a practice that involves taking sub-threshold and sub-perceptual doses of psychedelic drugs such as psilocybin or N, N-dimethyltryptamine (DMT) in the pursuit of improving well-being and productivity. Sub-perceptual, in this case, refers to the fact that the effects of the drug are subtle but have an influence on some aspects of your cognition. 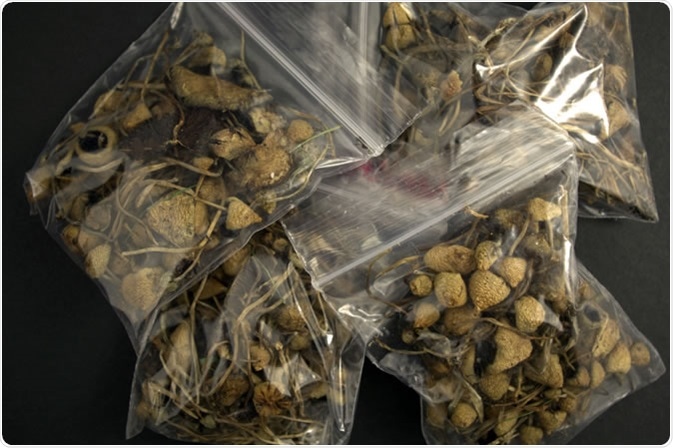 The number of media reports on microdosing has recently increased. This rise in public interest emphasises the need for rigorous scientific investigation into the effects of microdosing.

What is psychedelic microdosing?

Psychedelics are psychoactive substances that have a behavioural, physiological and psychological effect through activation of serotonin receptors in the brain.

Psychedelic microdosing has gained recent popularity after claims that microdosing lysergic acid diethylamide (LSD) can have a beneficial effect on creativity and cognition. Despite that, few scientific studies have addressed these claims, leading to lack of scientific consensus on what microdosing entails. Although there is a wide range of psychedelic drugs, LSD and psilocybin have been most frequently used to microdose.

Low doses of psilocybin have been reportedly taken as early as the 16th century. During that time psilocybin carried the name “teonanacatl” or sacred mushroom. With the disappearance of the Aztec population, the traditions involving “teonanacatl” vanished as well. In general, psychedelic studies underwent expansion with the discovery of LSD and its mind-altering properties by Albert Hoffman in 1943. By 2005, Steve Jobs has claimed that LSD has played a pivotal part in his life.

The actual phenomenon of microdosing is relatively new and has seen a revitalization with the publication of The Psychedelic Explorer’s Guide: Safe, Therapeutic, and Sacred Journeys in 2012 by Dr James Fadima.  This book spurred the curiosity of many people and triggered a new ground of research possibilities. Of note, up to date, no study shows any statistically significant effects of microdosing on creativity in placebo-controlled experimental environment.

Even though scientists have shed light on some of the aspects of psychedelic microdosing the practical problem of how to define a microdose still exists. The microdose depends heavily on the nature of the substance. Furthermore, the strength of the dose depends on the source of the substance. Thus, the frequency of administration can vary vastly from a few days to a week.

This review has mainly focused on one particular type of psychedelic compound, psilocybin. Psilocybin is a constituent of magic mushrooms. It has received attention because of its potential to be a viable clinically approved treatmen. Research has shown that psilocybin binds to serotonin receptors in the brain. The speculations regarding psilocybin’s ability to improve cognitive functions stem from the fact that serotonin plays a role in learning and memory. By attaching to serotonin receptors, psilocybin can potentially influence these processes.

An observational study published this year tracked the experiences of 98 participants who microdosed and provided rating of psychological functioning on a daily basis for a period of 6 weeks. Results showed an increase in the reported psychological functioning on dosing days but revealed no effects on following days. The second part of the study focused on whether pre-existing beliefs and expectations about the effects of microdosing caused any bias in the results. Notably, the observed pattern in the first part of the study was not related to participants’ prior expectations of the effects of microdosing.

Initially, microdosing became a practice for improving cognition. Now, a growing number of people engage in microdosing to improve conditions of pain and migraine. This study was purely observational and vulnerable to self-reporting bias, but  suggests the possibility that the efficacy and benefits of microdosing may come from its non-psychedelic dose range by providing treatment without influencing cognition. However, many questions remain regarding both the mechanism and efficacy of microdosing and its safety.

Despite recent efforts to validate the efficacy of psychedelic microdosing, the exact effects of practising microdosing on our brains remain in question. The legality of these substances is the main obstacle for conducting more intense research in this area. Despite the revival of the science of psychedelics, only researchers who have obtained a licence can test these substances, making the research on psychedelic practices more difficult.

There is a need for placebo-controlled studies to validate the claims of microdosers regarding the benefits of psychedelic microdosing. Taking into account the claims that long-term use of psychedelic drugs can cause cardiovascular problems and the current vagueness of the behavioural benefits of microdosing, the phenomenon remains an anecdotal practice full of uncertainty, at least to this moment.